Chart Patterns - Measured Moves: A measured move can form in a bull or bear market. Basically it consists of three parts.

In a bullish measured move, the market makes a significant advance, then retraces before making a new and higher low, then advances to make new highs. The secondary advance often repeats the first advance.

Similarly, in a bearish measure move, the market makes a significant decline, rallies to make a new and lower top and then declines to new lows. Often the secondary decline will repeat the first decline.

Below is the basic anatomy of a bullish measured move. 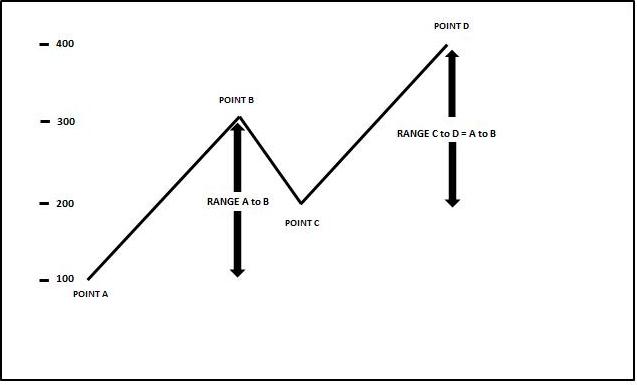 This pattern typically forms in a trending market and similar moves can repeat themselves a number of times in series. It can form in any time frame, i.e. on intra-day, daily, weekly and monthly charts.

Examine the weekly bar chart of the Dow Jones Index below which follows the basic anatomy of a bullish measured move demonstrated in the previous chart. It is a spread betting chart so although the figures may vary slightly with the actual index itself, the difference is marginal. 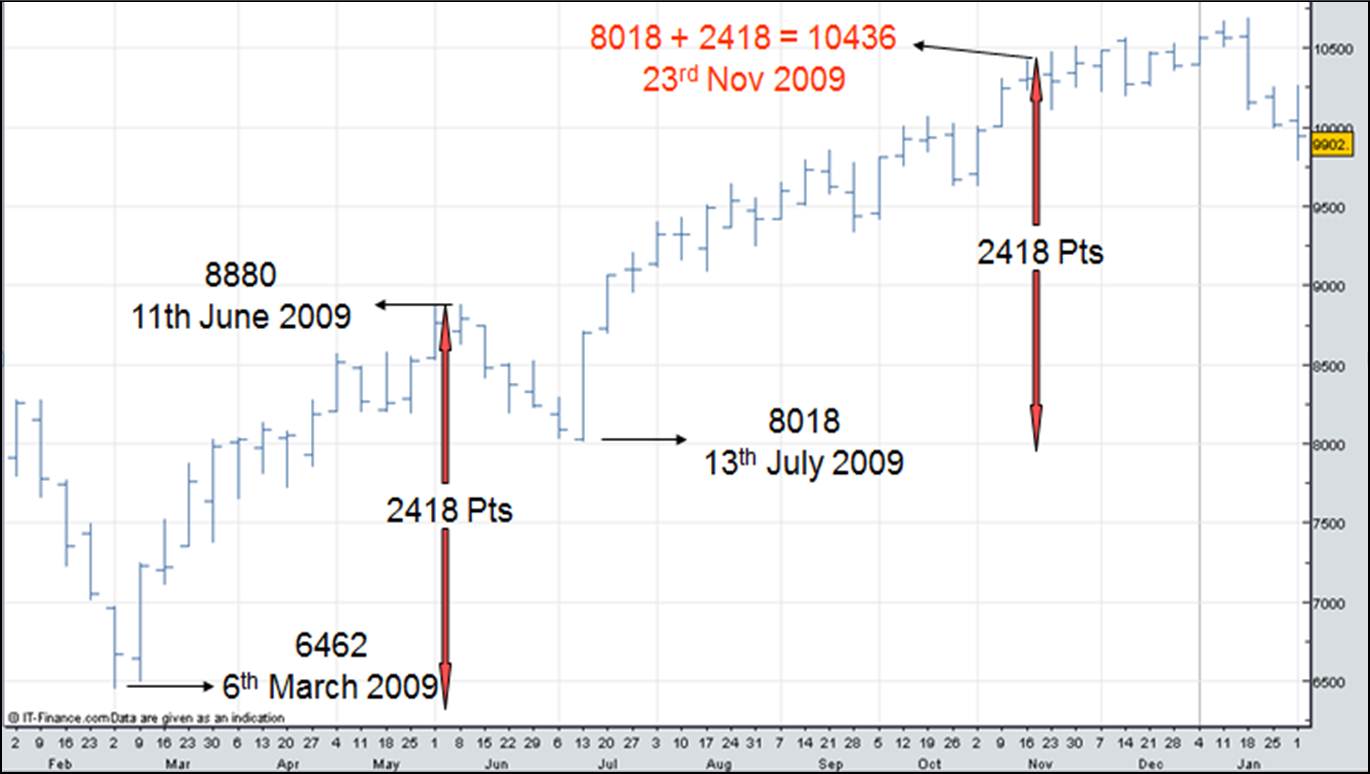 Measured moves also occur in a downward trending market as demonstrated in the weekly candlestick chart of the stock Family Dollar Stores below.